Skip to main content Skip to navigation
Skip over navigation

Under the leadership of Dr. Ernestine Madison, Vice Provost for Human Relations and Resources, and President Sam Smith, and with the input of faculty, staff, and students, a proposal for the establishment of Washington State University’s Gay, Lesbian, Bisexual Program was completed in 1994. Bobbi Bonace was then appointed Coordinator of the Program, and the office was housed in Daggy Hall.

In June of 1995, the Gay, Lesbian, Bisexual, and Allies (GLBA) Center officially opened in Rooms B19A and B17 of the Compton Union Building. Over the next fiscal year the Center supported research for a climate report, established a Speakers Bureau, provided mentoring and space for the GLBA Student Association, created a monthly program newsletter, and collected the foundations of a circulating library. The Center was instrumental in assisting the Gay, Lesbian, Bisexual, Transgender, and Ally (GLBTA) Student Association to become an officially recognized committee of the Associated Students of WSU.

Dr. Bonace left WSU in July of 1996, and Dr. Madison appointed an interim Director, Tori Byington, who held the position until December of 1996, pending completion of a new job description and reformulated goals for the Center in preparation for a national search. The search resulted in the hiring of Dr. Melynda Huskey in February of 1997.

1998 saw the establishment of Lavender Graduation, an annual event celebrating the achievements of LGBT and allied students. 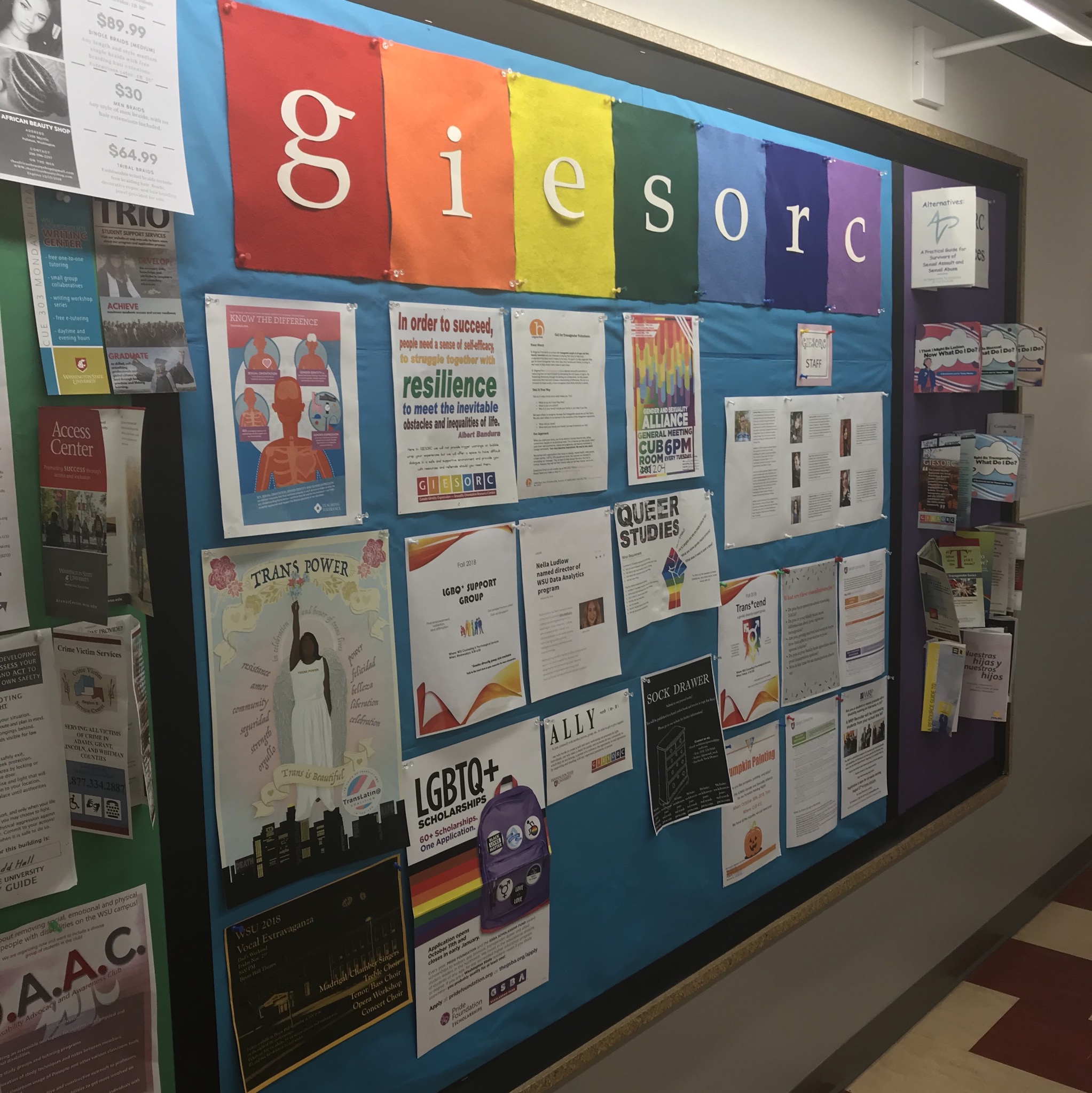 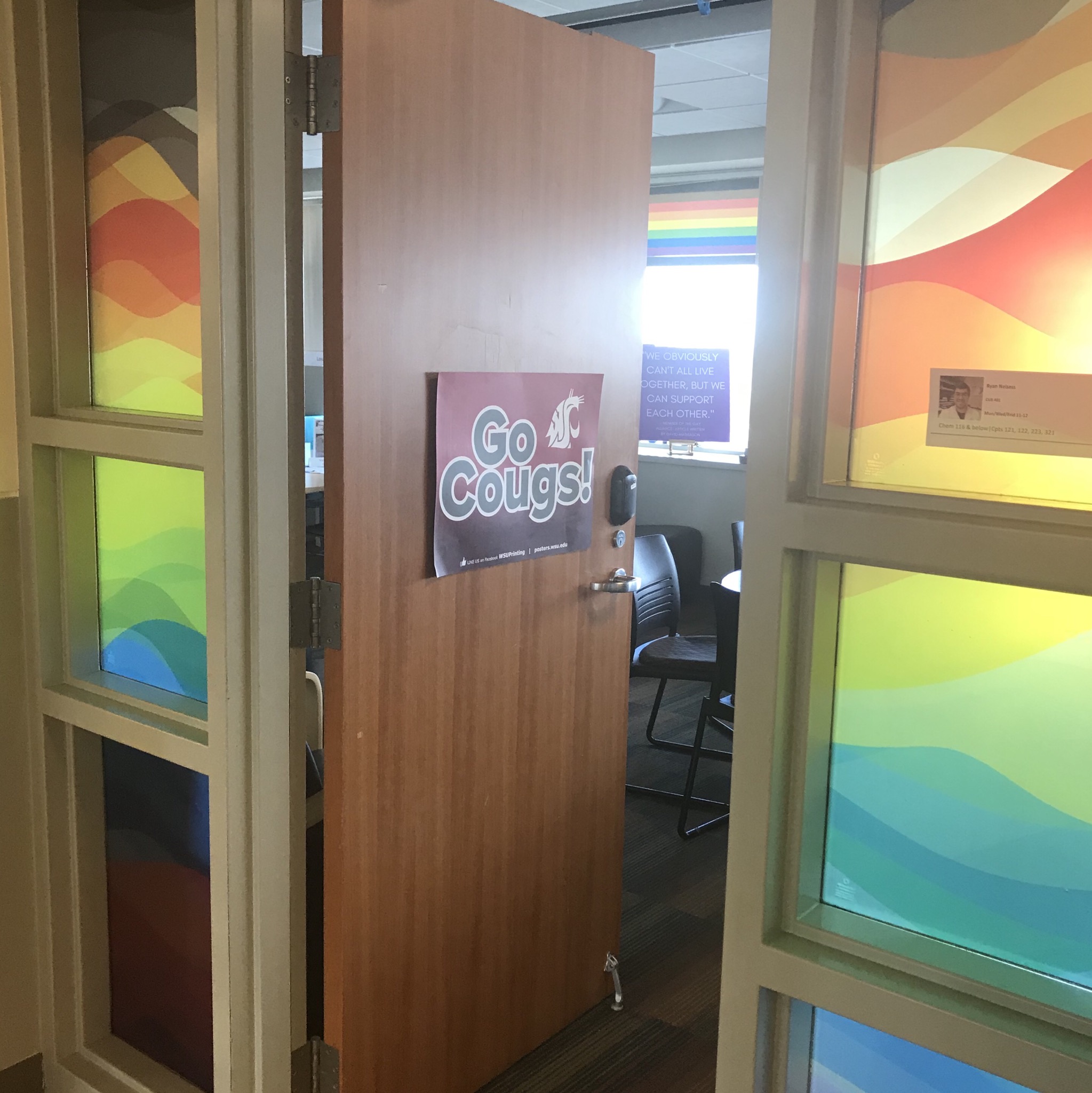 In 2000, the Center hosted a series of scholarly presentations, including Peter Boag, a historian, Mel White, the founder of Soul Force, Amber Hollibaugh, and Emi Koyama. It also collaborated for the first time with Greek Affairs to sponsor a major program, “Journey to a Hate-Free Millennium.”

In the new millennium the program intensified active HIV awareness and prevention work through a collaboration with Whitman County Public Health.

In 2001 we proudly held a reception to welcome our WSU Police liaison to the GLBA program. In conjunction with Residence Life, the Roommate Connection Program begins as a way for GLBTA students to confidentially find safe and accepting roommates.

2003, 2004 saw our partnerships and resources grow when the Department of Residence Life added the GLBA Center as another collateral assignment option for the Resident Educational Directors. Counseling Services and Career Services also provided regular contact through liaisons. The GLBTA began to work in closer partnership with the Residence Hall Association and Greek Life. In 2006 the GLBA Center changed its name to the Gender Identity/Expression and Sexual Orientation Resource Center.
In September 2008, the Gender Identity/Expression and Sexual Orientation Resource Center moved to the Compton Union Building Room 401 where we are currently located. Please come visit us. We’d love to meet you.